Barry Buzan In his book People, States, and Fear, argues that societal security is one of the five dimensions in national security.

Peter burgess: there are three perspectives about societal security.

1- Security in society means the security of foundations of society like highways and bridges, airports and railway stations, refineries and power generation facilities, protect public health, appropriate economic level, jobs and careers, price stability, democracy, rights and privileges, and so on.

We can conclude from all opinions that: societal security is offered to complete national security.

Some people have focused on negligence of national security from social minorities, specifically social groups who influence on society such as religious groups, ethnic groups and cultural groups.

And some others consider citizens’ inequality in access to facilities and suitable life conditions as absent items in national security.

It is necessary to review these two discourses to accurate understanding of societal security.

There is very much literature about these two discourses and we notice here just a few:

1- In this discourse, security is defined by absence of other element that is “threat”. It is also mentioned “identity threat” in Copenhagen school.

2- “Government” is the pivot of affairs and recognition of risk and threat is also implemented by government.

Buzan and other thinkers in Copenhagen school believe that government assesses the function of national, ethnic and religious groups and then judges their level of loyalty to the regime and determines their threatening to national security.

3- Power and especially though power (militarism) is a tool for opposition and conquest against insecurity.

1- In new discourse, security is not defined as absence of threat, but it is realization of collective goals and demands. In this regard, Burgess emphasizes on suitable economy level, job and career, price stability, democracy establishing; or Leszczyński considers the access to education, health and etc.

2- Definition of interests, distribution of facilities and persuasion of collective demands are implemented by government. All societal security theorists regard the improvement of life conditions, poverty reduction, planning for development as government’s tasks.

3- Soft power, integration and exclusion, are preferred than military encounter and legal obligations. As Burgess emphasize on officials accountability for establishing security.

* Thus, it is obvious that Copenhagen school thinkers have explained the societal security in the frame of negative discourse, and other theorists are mostly in the positive discourse.

But what I want to say after review of these viewpoints: explanation of a different viewpoint that is yet complementary to what said before.

We are aware that we can understand phenomena by two general ways:

2- By regarding characteristics and features exclusive to phenomenon (health could be recognized by its specifications such as consumed calories, activity level etc.).

These two attitudes are not inconsistent and so to speak complete each other. But they have a main difference. At the first way, subject of understanding is a dependent variable that has its meaning in relation with other phenomena. But in second, subject of understanding is an independent variable that depends on its own characteristics (independent and dependent views have serious differences in encountering phenomena but we couldn’t focus on it here).

Security is yet studied and understood by the first way.

And circumstance of power (soft or though) provide the level of security establishment.

Hence, security is considered a dependent phenomenon both in nature (concept) and in realization (instances).

Since security is merged with government and politics, risks and threats or opportunities and interests are regarded as other face of security. Or establishing security without power is considered impossible. So, because of the dominance of these two factors we forgot to understand security as a social and independent phenomenon.

As a result, societal security in sociological viewpoint is:

* Regarding security as an “independent phenomenon”:

So, societal security isn’t threat, no opportunity. But it is a center and base, upon it the reliability and certainty of collective life could be gained.

* rereading of security from “social” perspective:

It means that security is based on collective life, the life of common people, instead of looking at differences and insisting on disagreement between groups and states that is key factor in determining threats and distinguish friend and foe.

* Finally, threats and opportunities could be considered as deterrent or impeller factors.

So the final goal of societal security is comfort and understanding the beauty of collective life – not an interest for government, not eliminating enemies, not confronting a threat for nation.

Maybe it is time for security to free from dominance of governments and political-military views and for its social face to shine. 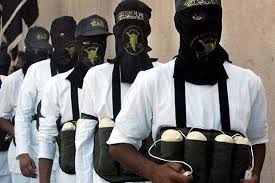 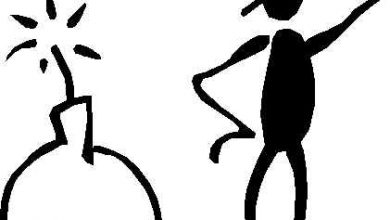