From the beginning of history man was torn apart between spiritual and material drives.

There have been occasions in which material derives lead human life and also there have been eras in which spiritual drives were dominant. In present-day, these drives are present and their conflict is wide spread.

The recreation of this dualism reflects in different fields including security. On the one hand security is to preserve human lives and their assets, and in addition to this protecting establishments and settlements like towns, cities and villages.

This form of security relates to material aspects of life and it is called physical security or material security and categorized as hard security.

As seen above, the material and spiritual dualism and their conflicts are also reflected in the field of security. But there is a great distinction between the field of security and the challenges related to the dualism of spirit and matter, which has been neglected and imposed great deals of suffering on humanity.

Security relies on the difference between mater and spirit but the key element which is the essentiality of close and perpetual connection of these two for being alive has been forgotten.

Vitality, vigor, maturity, productivity, creativity, enthusiasm, joy and happiness are derived from life and on the other hand death leads to hollowness and loss.

Security is dead since the neat relationship of physical and spiritual security has been forgotten, ergo in spite being numerous, efforts towards providing security are futile and do not lead to happiness, peace and stability and the worlds fall deeper into the abyss of chaos and insecurity.

By just glancing at the international efforts for providing security, this stark point becomes apparent to any observer. Agents of security do not refrain from any form of murder, torture, destruction, bombardment, espionage, sabotage, imprisonment, etc.

And curious is that they do believe that such inhuman actions can lead to security.

These are little prof for the point that is made above, security is dead therefor creation and development are impossible. Growth, progress and improvement are nonexistent and on a daily basis these impose more and more corruption, decay and disintegration on humanity.

In addition to depriving man of the right to live, neglecting life and vitality burdens humanity with another disastrous consequence which is derived from the lack of any form of principles for measuring actions; doctors prescribe medicine to secure health and life.

Health is the measure with which doctors inform their patient about forms of indulgence and negligence and also based on the same principles prescribe actions and programs.

When the patient is dead, health is not a matter of consideration. Security is dead and that’s why no one is looking for principles to measure it.

No one is concerned with the essentially of principles and measures of security.

It’s not accidental that first they divide the citizens by solid walls and then celebrate the fall of the walls; ignite world wars and after the blood baths establish unions.

One should not be surprised that suddenly and out of nowhere citizens are informed that their country is at war or that the bitter and long lasting enmity with another nation is over; former foes become allies and sitting at table for negotiation.

Death in itself is painful but the thing which is more lamentable is loss of a loved one which was a foundation of life. If security was simply dead it would have been a source of grief but it also has lost the principle of life and that’s why it does attack everyone and everywhere without any measure, without any control. 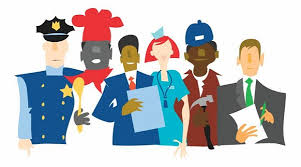